String cheese is a snack that is popular among adults as well as children.

This food has been a staple for lunch packs and is equally enjoyed, but who doesn’t love cheese right?

String cheese is just mozzarella except it has a stringy texture, and hence the name “String Cheese”.

In this case, instead of molding the mozzarella cheese into balls, the cheese is stretched again and again to attain that stringy texture and it is dried out instead of soaking it in brine.

String cheese does not have a soft texture like mozzarella cheese, cream cheese or even cottage cheese for that matter, but people love that about it, and has been carrying it around as a snack ever since.

But does string cheese go bad? Does it have the same shelf-life as that of mozzarella cheese? Read on more to find out. 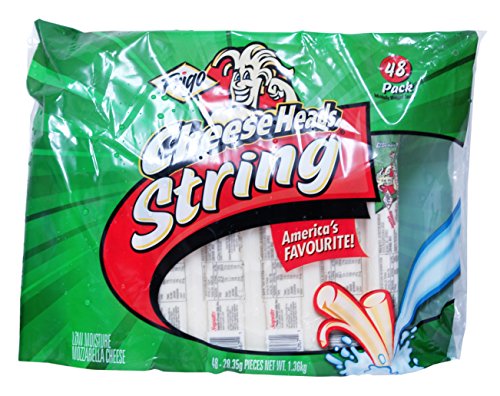 String cheese should be stored in the fridge like all types of cheeses from brie, goat cheese to gouda cheese. Cheeses in general have odors and they can also soak in the odors of the food items in the fridge.

So unless, you want your fridge smelling like feet, it is best if you store the string cheese in the container.

Cheese can go bad if it is stored in warmer temperatures. Also, once the string cheese is unpacked from its original packet, it is advisable to consume it within the next seven days.

If your string cheese has gone bad, you will know it in an instant.

Bad string cheese will usually have a moldy appearance, in which case, the product along with its packaging should be immediately thrown out.

In rare cases, bad string cheese may not give off an off odor or a moldy appearance, so, you can taste it and find out.

If it has a tangy taste, like how spoiled milk tastes like, it is time to discard it.