Simple syrup is a regular syrup that is used in bars all over the world. It is also the reason why it is also called bar syrup.

It is widely used in cocktails and other beverages. It is quite different from other syrup, such as maple syrup and corn syrup.

This syrup is available in two strengths – 1:1 and 2:1. The former has equal parts of water and sugar, while the latter has two parts more sugar.

Simple syrup is very easy to prepare. Sugar and water are measured in equal parts and then heated in a saucepan until the sugar granules dissolve.

After the sugar melts, the solution is cooled, and the simple syrup is ready to be used.

Sugar is technically a preservative, but there might be situations where you might be required to ask how long does simple syrup last? If you are looking for this answer, then this post is for you. 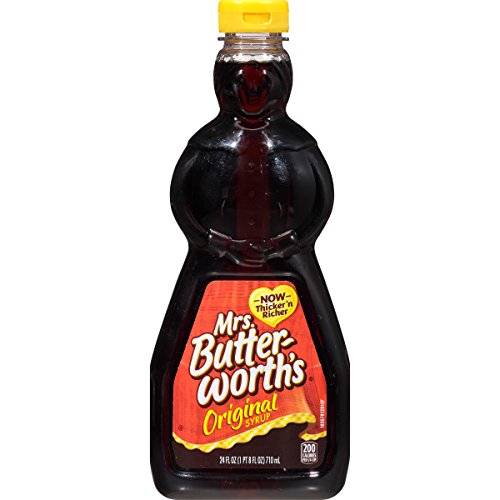 Simple syrup contains equal parts of sugar and water, so it does not get spoiled quickly. However, as the adage goes, nothing lasts forever.

So in this section, we discuss the shelf life of simple syrup.

A general consensus about the longevity of simple syrup is about six months. This is under the condition that the syrup is stored in a container that is airtight as well as sterile.

However, according to an experiment published on aclademics.com, a 1:1 simple syrup lasts only one month when refrigerated.

On the other hand, a 2:1 syrup lasts up to six months. Another syrup that was a 2:1 strength and had a tablespoon of vodka in it lasted more than six months.

This is one of the reasons why most people prefer following the hot process. The hot process is also much quicker to prepare the syrup as well.

The longevity of the simple syrup will also depend on the way you store it as well. The recommended way to store the simple syrup is to use an airtight container that has been sterilized. The most common way to sterile a container at home is to clean it with boiling water.

As we’ve briefly mentioned above, sugar is a preservative, so it can be hard to imagine that a simple syrup will go bad. However, simple syrup can go bad. Unlike some other groups of food that are hard to spot when they get spoiled, a simple syrup that is going bad is often easy to spot by appearance alone.

Below are the signs that you should watch out for spoiled simple syrup.

The cloudy appearance eventually takes on a moldy look as the breakdown intensifies.

Another sign that simple syrup is going bad is a foul odor coming from the container.

The reason why simple syrup gets moldy is attributed to the water in the solution. The process of condensation and evaporation takes place in the container, although it is in a negligible degree. This can dilute the syrup, especially at the surface, and it will promote the growth of microorganisms.

Simple syrup can be bought from a store or made at home easily. Whichever way you choose to bring it to your kitchen or the bar, storing it correctly plays a huge role in prolonging its shelf life.

Despite all your efforts, there will be a time when you will need to throw out the syrup and get a new batch. We hope this post will keep you updated about the lifespan of the simple syrup in your fridge.