Half and half is a versatile product that can not only be used to make your morning coffee more special, but it also serves its purpose in ice-creams and even cocktails. But really, all we need is imagination, because its uses do not stop there.

Half and half can be addictive and in more than single occasions, you might find yourself buying more than what you need, because you can never have enough right?

So you must wonder, does half and half go bad? Well that is a question worth answering in the next section. 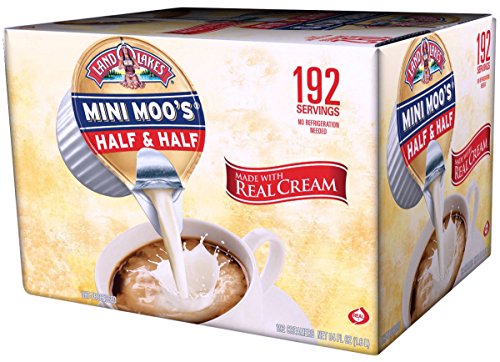 Half and half should be stored in a refrigerator like all dairy products such as buttermilk. Half and half have a shelf life of seven to ten days if it is unopened.

But once it is opened, it has a total period of three to five days, after which it would most probably turn and should be discarded.

There is the option of freezing it like sour milk, but freezing it will only prevent bacteria from getting to it, otherwise it would not have the best taste.

Once the carton of half and half has been opened, the best way to preserve it for the next three to five days would be to transfer it into an airtight bottle. This will help preserve the taste, but it should be strictly stored in the refrigerator.

How to Tell If Half and Half Is Bad? Half And Half Shelf Life!

You would most probably know that your carton of half and half has gone bad simply by smelling it. If it has a sour smell, it most definitely is time for it to be discarded.

Spoiled half and half will also have a curdled appearance and its texture will not be smooth. This is without a shadow of a doubt that the carton of half and half has lived beyond past its date.

Lastly, if spoiled half and half will have a moldy appearance on the surface which is for sure that the product is no longer fit to be consumed at all.