Out of all the products in your fridge, you will find that milk tends to have one of the shortest Best By dates.

It’s not an uncommon sight to open a carton of milk that’s only a couple of days old to find that it has gone bad.

Over the years, companies have made countless attempts at preserving the freshness of milk such as using special layered packaging, using salt as a preservative, and even making dry forms of milk like powdered milk.

You might be aware of alternative forms of commercially packaged milk like evaporated milk or condensed milk.

It is a canned form of milk that is made by taking out 60% of the water without adding any sugar or sweeteners.

If this is the first time that you are hearing about evaporated milk, you might be wondering if it ever goes bad.

Unfortunately, the answer is always yes. Even the most stable forms of milk like soy milk will go bad eventually.

That means that you can expect it to last a long or short amount of time depending on where it is kept.

An unopened can of evaporated milk can comfortably last up to a year or more. According to Dairy Goodness, once you bring it home, you can keep it sealed right up to its expiry date if you keep it refrigerated between 0 °C and 4 °C.

After opening the can, you can use it within 3 days without experiencing any kind of spoilage. If you have any leftover milk, you can safely keep it in the freezer for a period of 6 weeks with no real issues.

Some of the most important things to consider when using evaporated milk are the signs and symptoms that show when it has gone bad. Since evaporated milk can look and feel a little different than regular milk, it’s not always easy to spot them.

The first thing you should look at is the color. Normally, evaporated milk has a slight golden tinge to it as a result of the caramelized sugars. If the color is a darker shade of yellow or brown, you can suspect that it has gone bad.

Another sign you should look for is the texture of the milk. Spoiled evaporated milk has a thicker skin on top of it and a more curd-like texture.

Lastly, you should try to notice the smell of the milk. Evaporated milk that has gone bad can have a sour smell due to the bacteria that infect it. 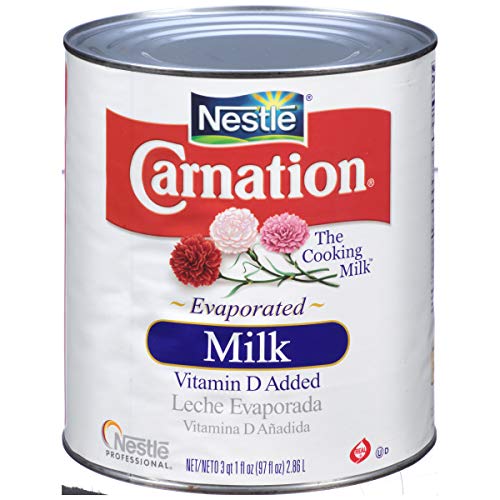 In this article, we have learnt that evaporated milk can go bad after some time. The time it takes depends on how well you store it and the surrounding conditions.

As long as you keep your eye out for certain signs, you can avoid evaporated milk that has gone bad.