If you are wondering whether or not you can eat catfish, you perhaps weren’t raised in the South. That having said, you might also be wondering what catfish tastes like.

Well, catfish has a quite distinct taste, which is somewhat comparable to some other fishes.

It is commonly fried and is a typical dish in homes and restaurants in various rural areas.

Let us learn more about catfish, what it tastes like, and how to cook it. Read on to this article to learn more!

Catfish or catfishes are a diverse group of ray-finned fishes (source). These fishes are popular for their protruding sideburns that resemble that of a cat’s whiskers. In spite of their name, not all catfish have protruding whiskers.

Furthermore, catfish can live in various conditions, with various species living in brackish water, freshwater, and saltwater. Some catfish also prefer stationary water, while others prefer streams and rivers that have fast-moving currents (source).

What's more, catfish is an astounding source of vitamin B12. In fact, one serving of it contains 2.36 micrograms that comprise almost all of the adult daily recommendation at 2.4 micrograms.

It is also essential in providing choline, which is vital for healthy cell membranes (source).

Catfish has a unique taste. It has a sweet, mild, and moist taste with firm flesh that has less flake, compared to some other whitefish. Unlike most fish, the farmed catfish are more preferred, rather than the wild variety.

This is mainly because the aquaculture-raised catfish have a much more consistent taste and doesn’t have a muddy flavor.

They’re also regulated by the Food and Drug Administration and are fed with grain. Further, because they do not have any scales, catfish aren’t kosher at all.

One variety of catfish –the Basa or Vietnamese catfish –has a much milder taste and a much more subtle texture that might be more amenable for those who don’t care for catfish (source).

Overall, its taste is sweet, mild, and moist –nothing in comparison to some other fishes, like rockfish, sardines, swordfish, pompano fish, or any other whitefish. 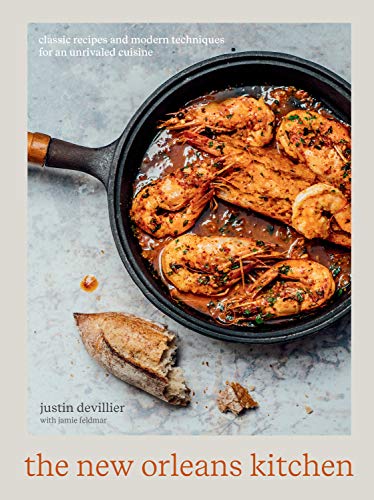 The New Orleans Kitchen: Classic Recipes and Modern Techniques for an Unrivaled Cuisine [A Cookbook]
$14.99
Buy on Amazon

How To Cook Catfish?

Catfish have a delicate and moist texture that is equally at home in the finest of restaurant meals or the simplest home-style fish fry. Unluckily, just like chicken breast, catfish may quickly become chewy and dry when it is overcooked.

Moreover, you can cook catfish using various methods. Nonetheless, some catfish species are much tastier than some other species.

For instance, the bluegills are popular with having much flesh and tasty because of their oils in their meat, which add flavor when they are cooked.

The most common way to cook catfish is deep-fry (recipe). However, it can also be baked, pan-fried, and grilled with the great feat.

Further, a catfish filet marinated in brine solution might also be adored raw.

Just a reminder, wild-caught catfish take on the water character they are raised in.

Therefore, before you even eat them, it is important that you learn if there are any concerns regarding its safety. There are some bodies of water that have heavy metals, pollutants, and more hazards.

That’s it! Besides the answer to the question ‘What does catfish taste like?’ you’re now being supplemented about some important information regarding catfish.

If you haven’t tried catfish before, now is that time that you try it –and see what surprises it can give your palate!